Aphasia: What Happened To Bruce Willis And What Does It Mean For You? 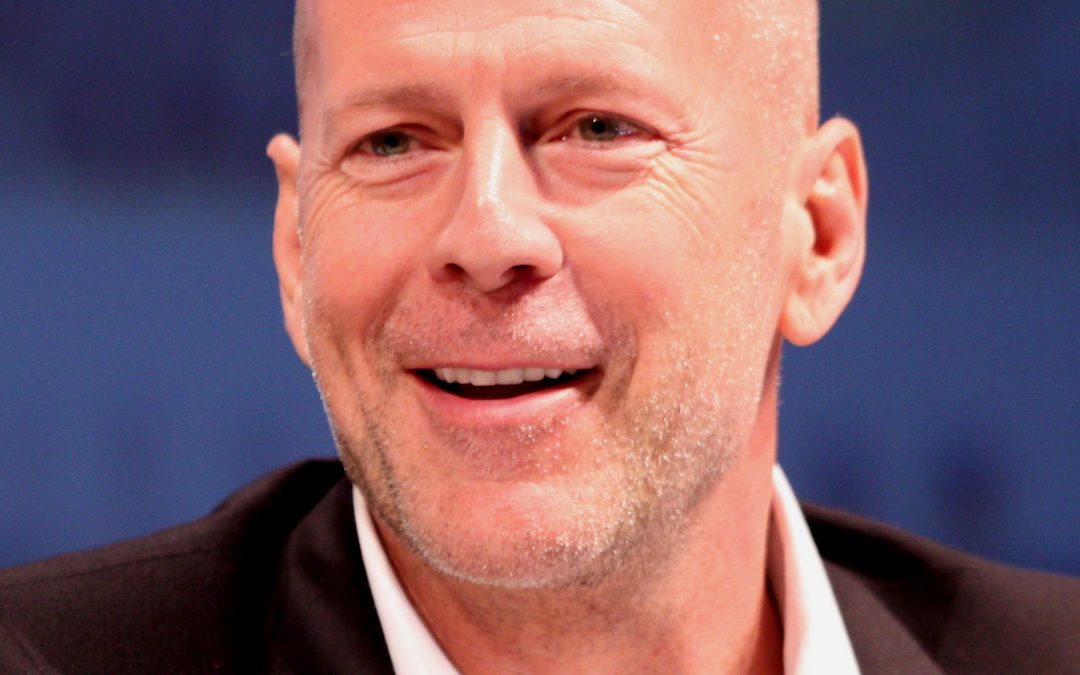 Bruce Willis’ family recently announced on Instagram that he is stepping away from his acting career after being diagnosed with aphasia.  This is bringing lots of public attention to cognitive disorders.  Many people have never heard of this condition and are likely unaware of what it is. Is aphasia the same as dementia? Could it happen to you?

Aphasia is a disorder that results from damage to areas of the brain that produce and process language. It is characterized by difficulties with speech production or understanding language. A person with aphasia may know what they want to say but have trouble getting it out. They may also have difficulty reading and writing. These symptoms are typically caused by damage to areas of the brain involved in language processing (usually the left frontal lobe).

The cause of aphasia is often a brain injury, most commonly a stroke, especially in older people. However, brain injuries resulting in aphasia can also be caused by head injuries, brain tumors, or infections.

According to the National Aphasia Association, aphasia is “a communication disorder that results from damage or injury to language parts of the brain. It’s more common than you think but less recognized than it should be.” It can be so severe as to make communication with the patient almost impossible, or it can be very mild. It may affect mainly a single aspect of language use, such as the ability to retrieve the names of objects, the ability to put words together into sentences, or the ability to read.

The first thing to clarify is that dementia is an entire category of disorders and results in a wide variety of symptoms caused by abnormal brain changes.  There are different types of dementia, caused by different factors.  Aphasia refers to impairment in communication. It’s important to note that most forms of dementia include significant problems with communication.  When the dementia disease impacts a certain portion of the brain, the functions that part of the brain performs are generally the functions that deteriorate the most.  Dementia itself is characterized by a substantive decline in cognitive function leaving the individual unable to perform daily tasks or care for themselves. This could include memory loss, difficulty thinking clearly or processing information, difficulty solving problems, difficulty speaking coherently and understanding others’ speech, impaired judgment, behavioral changes like apathy or irritability, problems controlling emotions or making decisions or carrying out daily activities, and even visual hallucinations. Aphasia refers to damage in the part of the brain responsible for language processing, which can be caused by conditions like dementia, stroke, or ocular migraine.

People with the most common types of dementia, such as Alzheimer’s disease, usually have a mild form of aphasia. On the other hand, many people suffering from aphasia do not have other memory issues. They know exactly what they want to say but struggle to find the right words to express what they mean. Or they recognize the person, but they can’t access the name or get names mixed up. It is also good to note that not all people diagnosed with dementia will develop aphasia.

Several concerns have been raised in recent years about Bruce Willis’ declining cognitive state by people who worked with the actor. Director Mike Burns had to send a request to the screenwriters to shorten Willis’ lines. Burns knew the actor struggled with his memory but said he had no idea how severe his condition was. At one point, an actor Willis worked with had to feed the star his lines through an earpiece. Other people on the set expressed concern for the actor’s well-being as he had been exhibiting signs of cognitive decline in recent years.

What does it mean for you?

Regardless of the specific type of cognitive decline, it is shocking to hear that such a talented and successful actor can be removed from his career due to brain pathology.  It happened to Bruce Willis. It could happen to you, it could happen to anyone. If you or a loved one is showing early signs of memory loss or cognitive decline, you need to take action now. Don’t wait for it to get severe. Conditions like aphasia or dementia can be prevented. Your lifestyle, the food you eat and drink, the supplements you take, and your daily habits contribute to your brain health.

Learn what daily activities impact your memory by attending Vivolor’s Maximize Your Memory Challenge.  You will learn numerous natural, healthy, evidence-based actions that are scientifically shown to improve memory and help prevent dementia.  Don’t succumb to the type of fate Bruce Willis has.  There are many things you can do to maintain healthy cognitive function even in your advanced years.